The Life of a Soldier…

Brandon Carrington Lee was determined to live the life that God had promised him. He never questioned the length of his days, but focused on the quality and the sanctity of the life he was given. 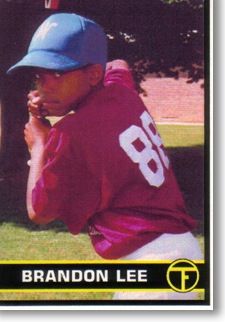 For fourteen years he was unstoppable. A consummate sportsman, he took his considerable skills and enthusiasm to every activity he encountered including karate, golf, football, baseball, horseback riding, roller skating, rollerblading, and white water rafting. Brandon played basketball on the local courts at the Silver Spring Boys and Girls Club and graduated to AAU ball where his team ranked seventh in the nation. He even participated in the International “People to People Sports Ambassador” basketball program in Italy. On a trip to tropical St. Lucia, after swimming all day, he declared to his family, “I could live my life as an island boy!”

Brandon was a stickler for rules and accountability, insisting on tackling his schoolwork with the passion of a mature scholar. He was always on the honor roll whether at the Barrie School (Grades 1-3), Stonegate Elementary (Grades 4 and 5), The Newport School (Grade 6), or White Oak Middle School from which he graduated with honors and received the Principal’s Award. He was enrolled as a ninth grade student at Blake High School. During the summers, Brandon participated in computer camps at Johns Hopkins, University of Maryland, Towson State University, and American University. 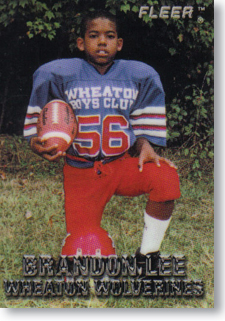 He was an “A” student and whenever he made a “B” it was, of course, “the teacher’s fault!” In fact, he continued to study until last week to be sure that all of his homework was completed.

Being able to find the beauty, comfort, and joy in an object or an idea was one of Brandon’s gifts. He played piano and saxophone and loved to cook for his family. He made breakfast and baked cakes from scratch. He took to heart the principles of Kwanzaa and made everything he touched an expression of his cultural identity. 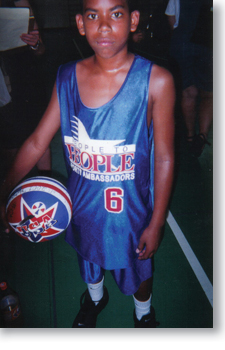 At Georgetown University Hospital, he learned and loved making pottery. It was in Indianapolis while observing the structure of the stadium dome at a football game where he resolved to study architecture at Virginia Tech.

Most important in Brandon’s life was his family. He insisted that he, his mother, father, and brother all shared their experiences from family fun times to hospital challenges. He took his illness in stride, prayed his way through trials, and wanted them to do the same. So they continued family vacations, Bible study, as well as hospital visits. On one occasion during family prayer when his father was praying for God to heal him, Brandon said, “Stop praying for me; pray for everybody. 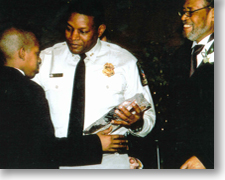 Pray for children who don’t know Jesus.” His church, too, was his family. He confessed his faith, joined The People’s Community Baptist Church in September 2001, and was baptized in October of that same year. He became active in Church activities: a member of the Simeon Family, Boy Scouts, youth usher board, Young Men’s Rights of Passage, Bible Study, Sunday School, and Vacation Bible School. 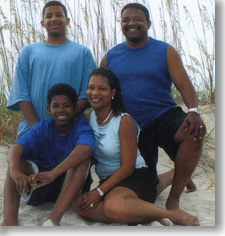 Brandon became focused and strong in his faith. As his relationship with Rev. T. J. Baltimore deepened, he became the pastor’s “main man.” He showed his peers and his seniors how to live valiantly, courageously, and in the will of God. In 2002, Brandon was named TPCBC “Man of the Year.” 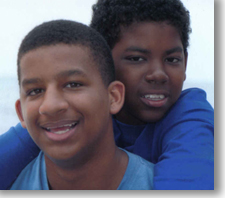 Brandon changed lives. In researching options to address his health challenges, he traveled to many places. His search opened opportunities for others to receive care previously unavailable.

Brandon lived a full and complete life, accomplishing what many take decades to complete. Indeed, he did what he wanted to do in the time that God had ordained him to live. So he’s gone on to be an angel, making the path brighter for his family and friends.

Cherishing his memory are his parents Jeff and Tina, his brother Jefferi II, his grandmother Christine Mance, his grandfather General Lee, his best friend Marcus Cotton and a host of relatives and friends. 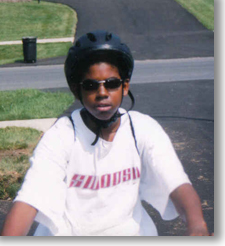